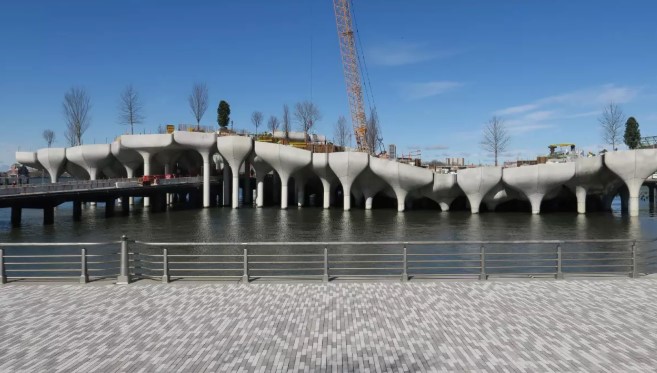 British firm Heatherwick Studio recently completed one high-profile project near New York City’s Hudson River with its Vessel, and is now well on the way to realizing another that’s on it. Named Little Island, it will create a new landscaped park above the water that’s supported by concrete piles.

First unveiled back in 2014 as Pier 55, Little Island is the product of an architecture competition held by the Hudson River Park Trust and businessman and philanthropist Barry Diller. The project was captured here during the construction phase by photographer Paul Clemence and is expected to be completed in early 2021.