Australia’s Tallest Skyscraper Will Have a Green Twist 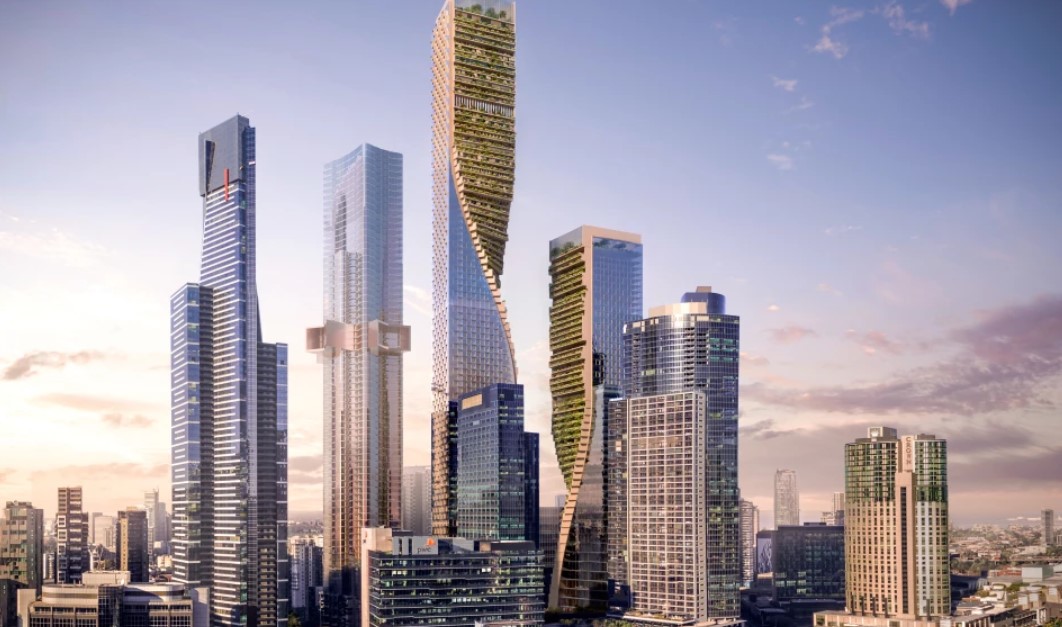 With its impressive height and ambitious twisting, greenery-covered design, you could be forgiven for assuming Southbank by Beulah was destined to remain on the drawing board.

The supertall skyscraper has now received planning permission, however, and is due to begin construction in Melbourne next year.Southbank by Beulah (aka Green Spine) is designed by Netherlands-based UNStudio and local firm Cox Architecture, and was originally unveiled as part of an architecture competition in 2018 before being declared the winner.

The development will be located on a waterfront site currently occupied by a BMW dealership and be centered around two skyscrapers: one will reach a height of 365 m (1,197 ft), making it Australia’s tallest tower, and the other will top out at 252.2 m (827 ft). While the taller of the pair beats London’s 309.7-m (1,017 ft) Shard for height, it’s shorter than New York City’s 381-m (1,250-ft) Empire State Building, for example, so is a bonafide supertall skyscraper, but would only be rated somewhere around 50th place in CTBUH’s official rankings.